Strategies For Handling Destructive Criticism In The Workplace Giving and receiving criticism is part and parcel of every workplace. After all, it’s crucial for improving performance and developing employees’ skills and abilities. However, constructive feedback is one thing, and destructive criticism is an entirely different beast. Far from helping staff grow and improve, criticism of the destructive kind is toxic.

This post is essential reading for HR staff, small business owners, and leaders or managers. We explain the difference between constructive and destructive criticism. And we share some strategies to help you handle this harmful problem.

Plus, we have some handy tips for those grappling with destructive criticism at work.

Let’s kick off by looking at the differences between the two. And the main differentiator is the intention behind the words.

What Is Constructive Criticism?

Constructive feedback is all about helping the individual improve. With constructive criticism, you offer advice in a friendly, supportive way. The aim is to provide specific, actionable suggestions on how an individual could do something better. It’s not about pointing the finger or playing a blame game. Its focus is problem-solving and raising performance.

What Is Destructive Criticism?

Criticism that’s destructive is delivered disrespectfully, usually as a personal attack or emotional outburst. It’s undermining and hurtful. And often, it’s non-specific. For example, a worker calling a colleague stupid for making a mistake is destructive. A constructive approach would be to explain where they have gone wrong helpfully.

How To Tell The Difference?

Work out what the intention is behind the feedback. If it aims to be helpful and supportive, then it’s constructive. However, if the purpose is to harm, embarrass or offend the recipient, it’s destructive.

Constructive criticism is specific and focuses on actions and shortcomings of the work. However, destructive feedback is vague, and the emphasis is on the individual and their personal attributes.

Useful tips and suggestions are crucial to constructive criticism. The destructive kind offers no such benefit. 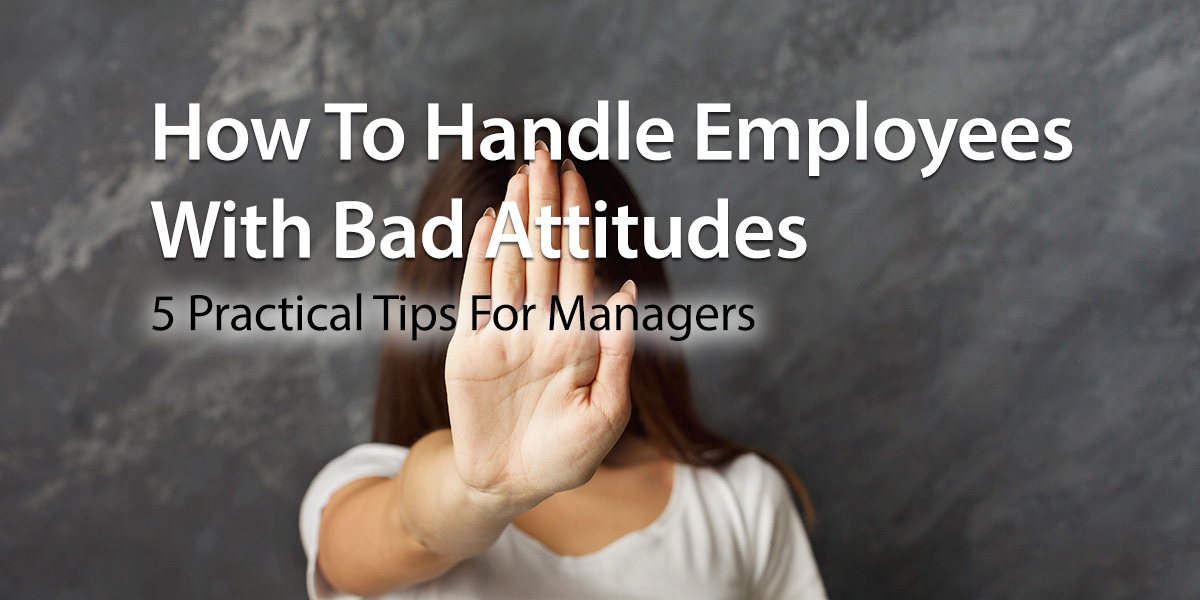 Some managers question whether destructive feedback in the workplace is all that big a deal. They may say employees should harden up and be thicker skinned. And it’s true, receiving criticism, even of the constructive variety, can be hard for some employees. It can take a toll on their sense of worth and self-esteem. However, the impact of destructive criticism goes far beyond a bruised ego. It can be harmful to the individual. And it can affect the whole team, creating a toxic environment.

Here are some of the main consequences of allowing destructive criticism to go unchecked.

Destructive criticism in a team environment will see members become defensive. Collaboration, communication, and morale are impacted. And all that negativity acts as a brake on the free-flowing exchange of ideas. The upshot is productivity and efficient working suffer.

Conflict Within The Team

Left unchecked, negative feedback can quickly escalate into outright conflict. A team member who feels under attack is likely to defend themselves with counterattacks, which can be just as destructive. Before you know it, colleagues feel forced to take sides, and the team disintegrates into factions.

Some people are better than others at receiving criticism. Even the supportive, constructive kind can be taken to heart by workers, affecting their ability to get the job done. Destructive criticism potentially has much more severe consequences. It can destroy the worker’s confidence, damaging their job performance. At its worst, it can lead to depression and anxiety. An employee who feels constantly undermined by negative feedback may even leave altogether.

Like a computer virus that quickly spreads, negativity can infect an entire workplace, creating a toxic environment. Tell-tale signs of a toxic workplace include high rates of absenteeism and sickness. Staff end up leaving in their droves, and productivity and profits inevitably plummet.

It’s vital business owners, HR staff, and managers nip negative feedback in the bud before it becomes a damaging force. Here are some common examples of destructive criticism you may see in the workplace.

Workplace bullying takes many forms and is more common than perhaps most realize. In one study, 30 percent of respondents said they had suffered abusive conduct while at work. And a staggering 66 percent are aware workplace bullying is happening.

Bullying often involves an individual in a position of power using it to coerce or harass others. However, it can also happen between co-workers. Sometimes, it can be driven by sexism or racism.

Harsh words are often said in the heat of the moment. However, a careless comment or negative remark can be deeply offensive to the recipient. Sometimes the intention is to be helpful, and it’s just the delivery is all wrong. And although the destructive criticism may be unintentional, it’s still important to call it out.

This type of negative sniping happens when an employee refuses to accept the authority of their line manager or project team leader. Often it arises because the worker has some grudge against the leader. It could be down to their own racist or sexist prejudices. Or because they feel they have been overlooked or the manager is incompetent.

When relationships between co-workers break down, it can result in damaging behaviors from both sides. Sneering negativity and even sabotage can see the whole team quickly spiral out of control, turning on itself or the leader.

When it comes to tackling damaging feedback, the buck stops with business owners and managers. The following four strategies will help prevent the problem from escalating.

This is not the time for sticking your head in the sand. If you want to ensure destructive criticism does not become a destabilizing force, you need to act. And fast.

If you come across damaging feedback, be ready to step in. And reinforce positive behaviors with team communication guidelines. These set the ground rules for what’s acceptable and unacceptable.

Before deciding what action to take, it’s essential to assess the situation. Listen to all sides involved so you can develop a balanced view.

For example, it may be the negative feedback is unintentional. In this case, some education and individual coaching may be all that’s needed.

However, if you are dealing with workplace bullying, more decisive action will be necessary. Be prepared to take disciplinary action if appropriate. And make sure the employee on the receiving end gets the support they need.

As we have seen, destructive criticism takes many forms, so take time to understand the situation you are dealing with.

3. Decide If The Criticism Is Valid

Sometimes even destructive criticism can have some truth to it. For example, a ‘lazy, useless’ colleague may consistently fail to complete tasks on time, affecting their co-workers. When there is some validity to the feedback, but the delivery is wrong, find a way to present it constructively. Remember, constructive criticism is all about helping the individual do better. The staff member may need training and development or extra support thru one-on-one meetings.

4. Select A Course Of Action

If the criticism is relevant, talk to the person dishing out the damaging feedback to discover why they were so destructive. There may be personal issues at play you can help with. Keep a note of your conversation in their personnel file and clarify what is acceptable in your team.

However, if the criticism is invalid, you may need to take firmer action against the individual, especially if it’s an ongoing issue. Reassure the team member receiving the criticism that they are not at fault and you are dealing with the situation. 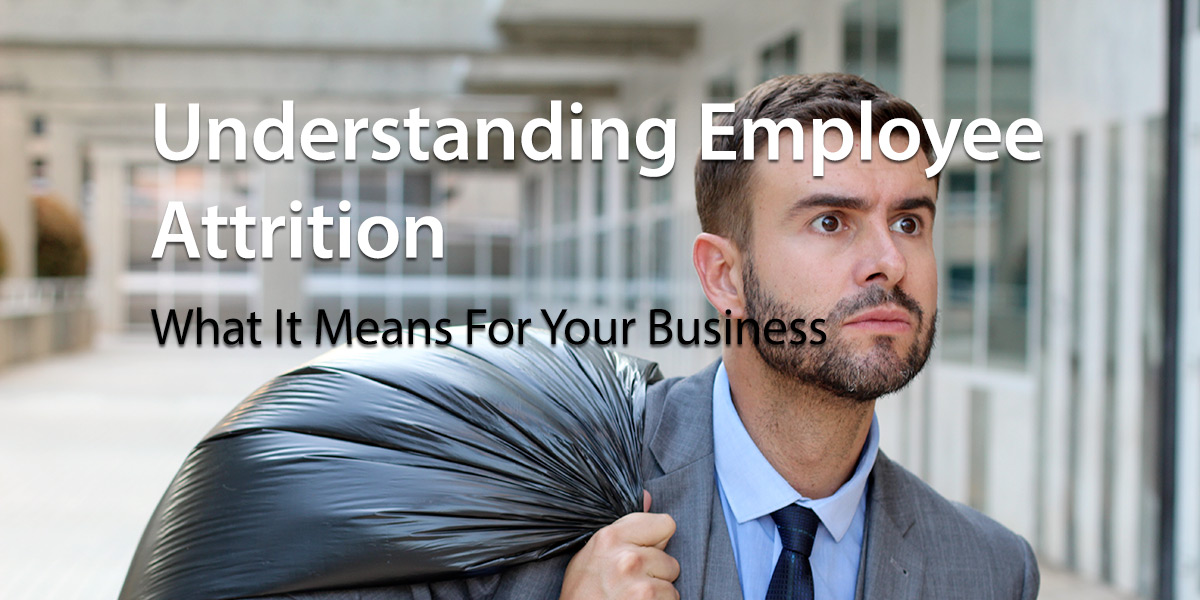 And if you are an employee experiencing destructive criticism in the workplace, you can take action. Being on the receiving end of negative feedback is never easy. You may be tempted to counterattack. Or you may internalize the criticism and experience mental health issues, including depression or anxiety. The following strategies will help you cope.

1. Try And Ignore It

Our gut reaction to a personal attack is usually to retaliate. It takes inner strength to review and reflect on the feedback calmly. First, consider whether the criticism is destructive and if so, is it valid? There may be a grain of truth in there somewhere. If there is some truth, then resolve to do better next time.

However, if the feedback is of the destructive kind, ignoring it is an option. Try not to beat yourself up about it. Instead, see the criticism for what it is: a reflection of the critic and not you. You can take the sting out of the attack by not rising to the bait.

You could raise the issue directly with the culprit if you feel comfortable. This can be effective if the negative feedback is unintentional. The individual may not realize the damage their words are causing.

Make sure you have a private discussion with the individual, away from colleagues. Calmly explain that the tone and delivery of their feedback aren’t helpful. Suggest how the complaint could be reframed as constructive criticism. If your colleague is receptive, then great – problem solved. And if not, it’s time to move on to step three.

3. Report Problem To HR And Your Manager

If the destructive criticism persists, get a third party involved. Discuss the situation with your manager if possible. And if that isn’t an option, seek help from HR. Keep a log of instances so you have evidence. You shouldn’t have to suffer in silence in the face of destructive criticism. So, hand the problem over to a manager who has the authority to do something about it.

Check out MyHub’s blog for a host of insightful articles on issues facing businesses today. Packed full of best practice guidance and the latest research, our blog helps you make sense of today’s big issues.

MyHub provides cloud intranet solutions to companies around the globe. Super-easy to set up and manage, our intranets help businesses improve communications, collaboration, and productivity. Find out more with a free demo or 14-day trial.

See How In 5 Simple Steps Unproductive, unhappy, zombie-like workers simply going through the motions – we all know low employee morale when we see it. However, recognizing it and knowing how to change, is entirely different. This ultimate definition takes you through all you need to know. We... Effective communication is a critical component of everyday life, both in personal relationships and in the workplace. It allows us to share ideas, thoughts, and information with others in a clear and understandable way. There are various methods of communication,... Employee Intranet: 41 Hot Reasons Why Every Business Needs One

Want to improve your organization’s efficiency, productivity, and performance? Of course, it’s a no-brainer. Every company wants to streamline processes, improve communications and maximize profits. But what’s the best and most cost-effective way to do so? Plenty of... 145 Digital Transformation Statistics You Need To Know In 2023 [INFOGRAPHIC]

‘Digitize to survive’ is a mantra often heard since Covid closed workplaces and forced business online. However, digital transformation is hardly a new idea. And while the pandemic has undoubtedly highlighted just how important it is to business growth, it’s still...

How can MyHub help deliver your employee engagement objectives?

How To Set Up An Intranet Fast

Receive MyHub Original Content To Your Inbox Once A Month